F1 AUSTRIAN GRAND PRIX live Stream: Coverage begins Friday on NBC Sports.com and the NBC Sports app at 4 a.m. ET with Practice 1, followed by Practice 2 at 8 a.m. ET, which will air on NBCSN at 3 p.m. ET. NBCSports.com and the NBC Sports app will stream Practice 3 on Saturday at 5 a.m. ET, prior to NBCSN’s live coverage of qualifying at 8 a.m. ET. Live race coverage from Austria begins Sunday at 7:30 a.m. ET on CNBC. NBCSN will air an encore presentation of the Austrian Grand Prix on Sunday at 2 p.m. ET.

When is the Austrian Grand Prix 2017?

After trips to Montreal and Baku, the 2017 European season is well and truly underway now.

The Formula 1 circus arrives in Spielberg with a lot of baggage. The FIA have had a look at the Sebastian Vettel-Lewis Hamilton incident and ruled no further punishments are to be handed down to the reckless German. As a result, we have a mouthwatering duel in the Austrian mountains this weekend, with tensions similar to 2016 when Hamilton and Nico Rosberg were at each others throats.

The Red Bull Ring, formerly Osterreichring, is not, on the face of it, the most exciting of circuits. Just nine corners, lots of winding straights and a handful of gravel traps lead to a track that some dislike, however it can also lead to a lot of excitement due to the high speeds and aggressive passing attempts. 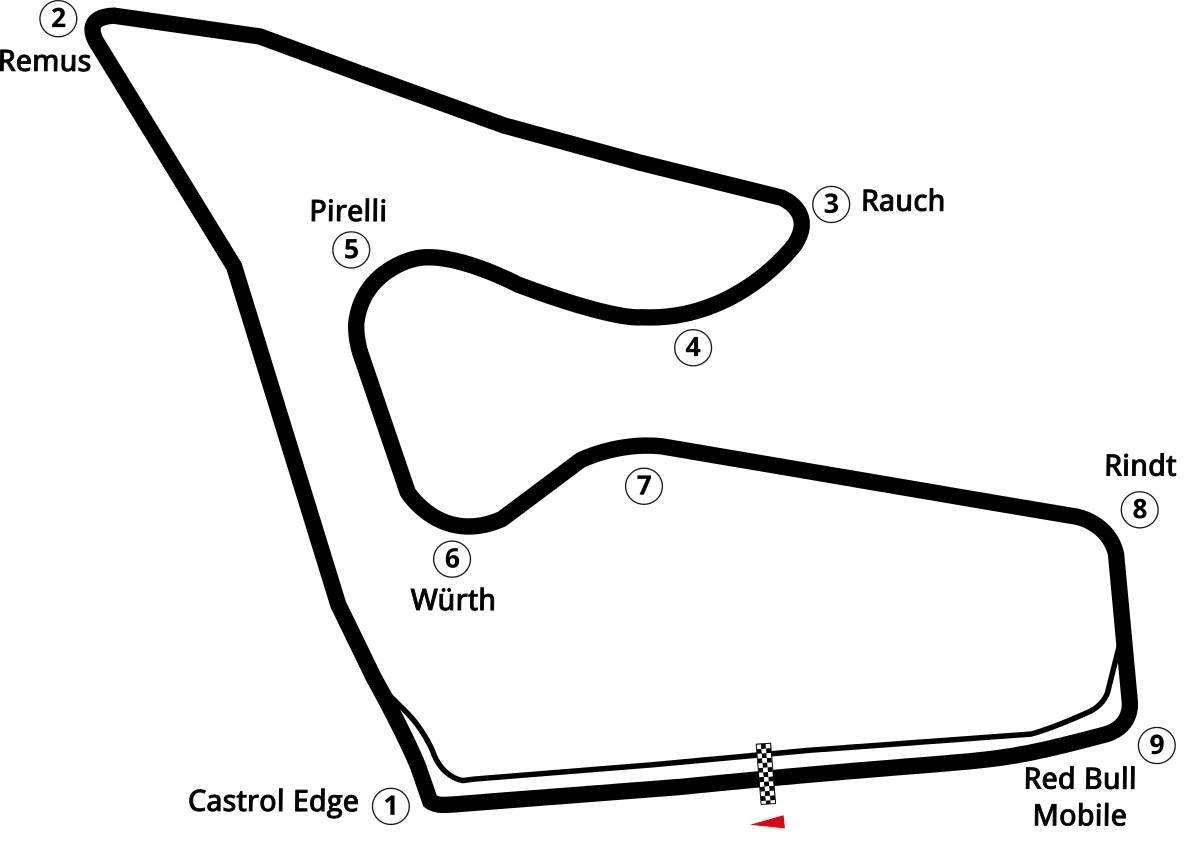 There are two DRS zones around the circuit. One down the home straight, leading into the tricky uphill entry of turn 1. The other one is the long straight into the downhill braking zone of turn 3. Both of the DRS zones provide overtaking opportunities, however the primary spot may well be at turn 2, where a good slipstream up the hill and a dive up the inside can result in pass, and if you aren’t quite close enough into turn 2, you will be at turn 3.

From turn 4 down the hill and through to the final corner is fairly single file, however the mid-speed turns and quick changes of direction can cause problems for those on old or slow tyres and leave openings for faster cars going into the next lap.

Coverage of the 2017 Formula One season continues this Sunday at 7:30 a.m. ET on CNBC with the Austrian Grand Prix. The campaign has heated up following a wild Azerbaijan Grand Prix on June 25, highlighted by contact between Lewis Hamilton (Mercedes) and Sebastian Vettel (Ferrari) behind the safety car. Vettel (153 points) leads Hamilton (139) in the driver standings, but Mercedes (250 points) holds an edge over Ferrari (226) in the constructor standings. Hamilton won last year’s race at Spielberg.